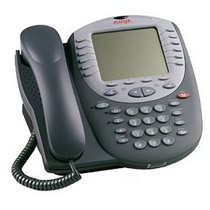 Avaya 4600 Series IP Telephones are simple to use with both fixed and flexible feature buttons, easy-to-read graphics including back lighting and color displays on some models, and several wall mount and desk mount options. They have been optimized for reliable use in IP networks, with sophisticated security capabilities such as media encryption and protection from denial of service attacks. Built-in Ethernet switch ports enable streamlined desktop implementations, while voice packets are tagged with the appropriate quality of service (QoS) parameters such as 802.1q and DiffServ for priority treatment by QoS-enabled IP networks. For those environments requiring Gigabit Ethernet, a GigE adapter for 4600 series is now available. The 4600 Series IP Telephones also support the 802.3af power over Ethernet standard. 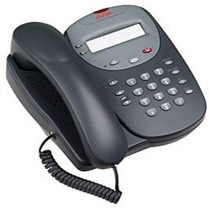 Avaya 4600 Series phones support an integrated VPN client installed within the telephones themselves. Making it easy to deploy high quality telephony to teleworkers, home agents and to workers in disaster recovery scenarios.

For customer environments requiring Gigabit Ethernet support, a Gigabit Ethernet adapter is available, providing 10/100/1000 Mbps support for both the 4600 series phone and co-located laptop or PC.

Advanced web-enabled graphical displays on the 4610SW, 4620SW, 4621SW, 4622SW, 4625SW and 4630SW versions support browser-based desktop applications such as online order entry and inventory lookup in addition to more traditional voice applications such as directory-based dialing and call logging. The 4610SW, 4620SW 4621SW, 4622SW, 4625SW IP Telephones have additional application functionality. Push of audio and textual alerts to the phones is now supported through the application programming interfaces (APIs) on these phones. The Avaya Phone Application Suite includes a set of pre-packaged phone applications for use on the 4610, 4620, 4621, 4622, and 4625. Please refer to the Phone Application Suite section on avaya.com for more details.

VPNremote for 4600 Series is a software VPN (virtual private network) clientbuilt directly into the Avaya IP telephone itself. This enhancement allows the Avaya IP phone to be plugged in and used seamlessly with any broadband internet connection. The end user experiences the same IP telephone features as if they were using the phone in the office. VPNremote is available for the 4610SW, 4620SW, 4621SW, 4622SW IP Callmaster, 4625SW.

The 4601 IP Telephone is an entry-level telephone with two call appearances, eight fixed feature buttons, and a message waiting indicator. The 4601 does not support a display, speaker or additional port for connection of an external PC. It does not support static addressing.

The 4602 IP Telephone is an entry-level telephone with two programmable call appearance/feature keys, ten fixed feature buttons, and 2×24 character display. The 4602SW offers the same functionality plus an integrated two-port Ethernet switch. Both the 4602 and 4602SW can run either the H.323 protocol, for integration with traditional Avaya IP Telephony Servers and Gateways, or the SIP protocol, for support of SIP Communications Servers such as the Avaya SIP Enablement Services (SES) Rel 3.0 Solution.

The 4620 IP Telephone is cost effective and provides a large screen graphic display, paperless button labels, call log, speed dial, 24 programmable feature keys, web browser, and full duplex speakerphone. The 4620SW supports the same features as the 4620, but is the required version for Unicode support.Â  The 4620SW also includes a 2 port Ethernet switch.Â  The 4620SW will ultimately be replaced by the recently introduced 4621SW.

The 4621SW IP Telephone is based on the 4620SW with the same housing, feature buttons and software along with an enhanced backlit display. The 4621SW also supports the new EU24BL (backlit expansion module) and also includes a 2 port Ethernet switch. A new phone, the 4621SW will replace the 4620SW. The 4621SW can run either the H.323 protocol, for integration with traditional Avaya IP Telephony Servers and Gateways, or the SIP protocol, for support of SIP Communications Servers such as the Avaya SIP Enablement Services (SES) Rel 3.0 Solution.

The 4622SW IP Telephone is built specifically for the contact center environment. Based on the 4621SW, the 4622SW offers the same backlit display and array of feature buttons. The 4622SW provides two headset jacks and eliminates components not required within the call center including a handset and speaker. Note: a handset is supported – connected to one of the available headset jacks.

The 4625 IP Telephone provides a brilliant color display. Also based on the 4621 in terms of line appearances and feature buttons, the 4625 is an ideal device to support applications within the Avaya Phone Application Suite.

The Avaya 4690 IP Speakerphone provides the convenience and productivity benefits inherent in a purpose-built hands-free conference phone. It also delivers the extensive set of Avaya Communication Manager features directly to the conference room. It offers many of the same features as other Avaya speakerphones (360 degree coverage, two optional extended microphones for expanded coverage, full-duplex operation) and adds to them some additional capabilities. These include downloadable software upgrades and simplified wiring to IP network via Ethernet LAN connectivity.

More services, including push of content to phone displays and audio paths, are being made available to 3rd party applications developers.

Advanced Software for the latest in IP Telephony, security and reliability. 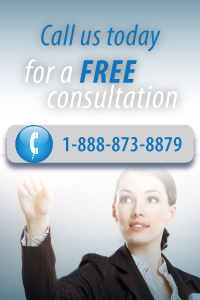